My love affair with Breaking Bad is known to most of my friends – perhaps I’ll do a post about how deep that love affair goes – and one of the effects of it is a love for Bryan Cranston.

In May 2014 I flew to Broadway to see him on stage in All The Way, in which he gave one of those performances where you simply can’t look away from him. I’ve since seen him in person on two other occasions, and this is one of them.

Thankfully this event fell on an evening when I didn’t have to think about work the next day, and a reasonably priced ticket secured me a seat at one of London’s West End theatres plus a signed copy of his book.

When speaking of his career and his life, Bryan Cranston always comes across as genuine. Out of other mouths the same advice and motivational thoughts might seem hokey, but there’s a sincerity about him which comes across, especially when talking about his family and his early career.

These photos were taken with an iPhone from the second row, so they’re nothing outstanding – but I wanted to put them somewhere.

My eyes lit up when he spoke about working on The X-Files, which brought him into contact with Vince Gilligan for the first time, playing an unlikeable character for which the audience had to feel some sympathy at the end of the episode. It was this performance which kept Bryan in Gilligan’s mind when casting Breaking Bad. 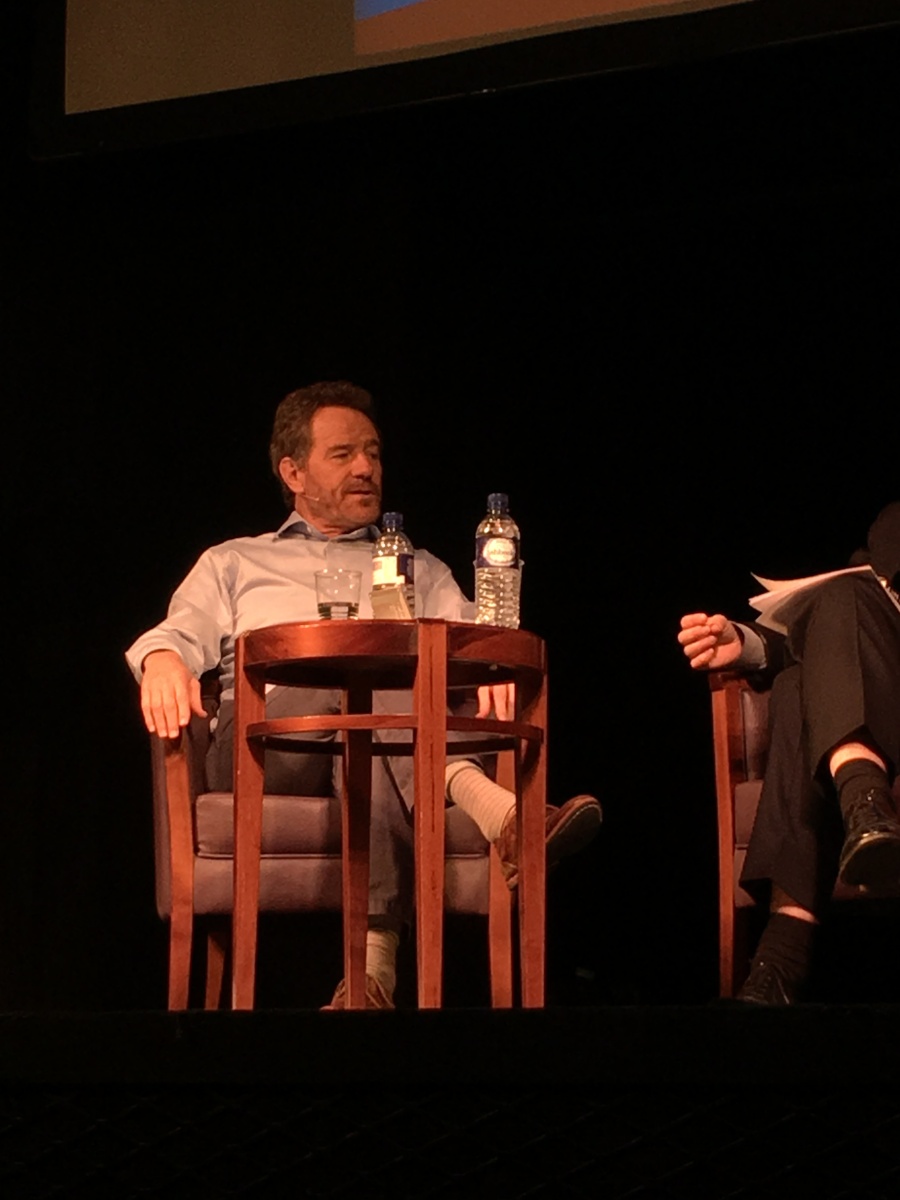 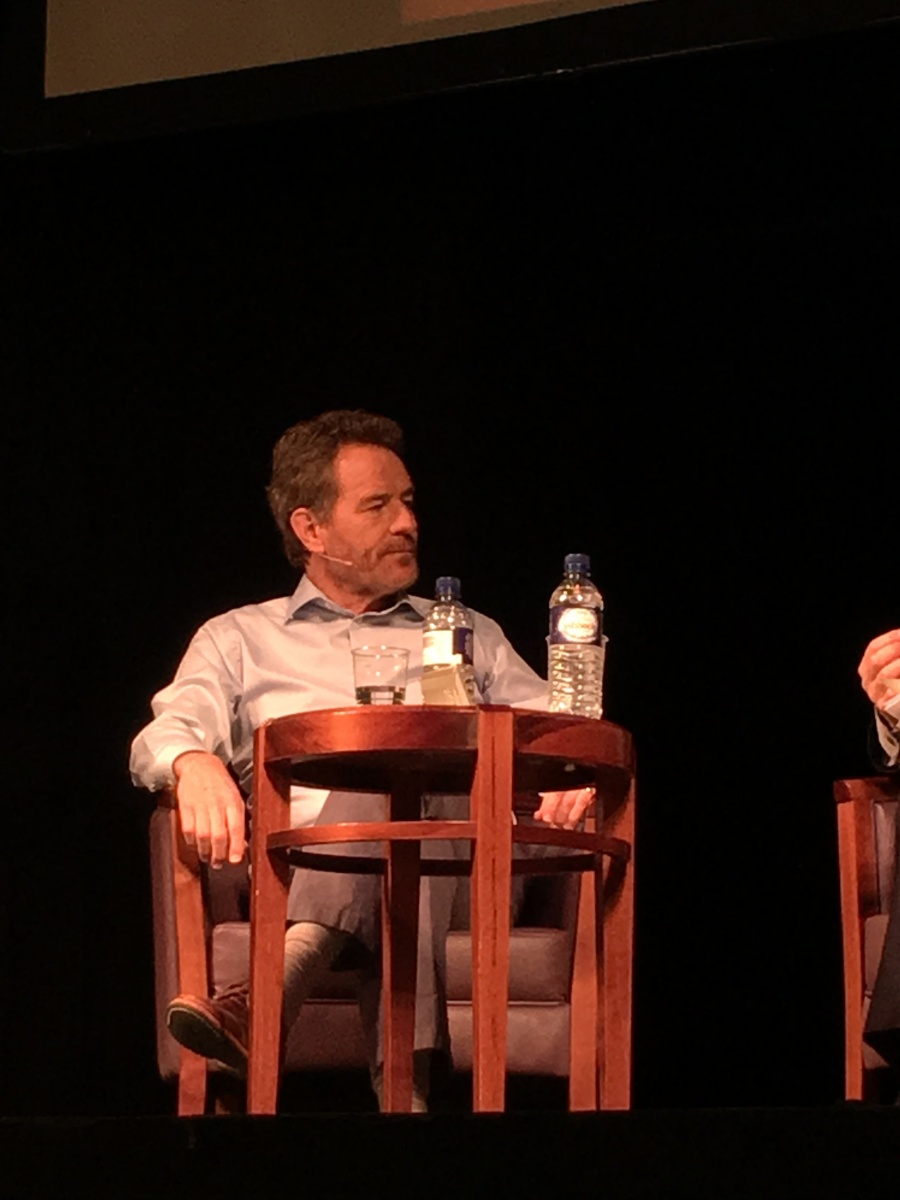 A couple of months later I saw him in Los Angeles with James Franco at a Q&A – that’s another post for me to write up…and I’ll be seeing him again in the National Theatre’s production of Network in November. I predict he’ll be as outstanding as he was in All The Way.