Here’s the second part of my New Mexico photo tour through the eyes of a Breaking Bad fanatic – and once again it’s was possible thanks to a great deal of help from friends (shoutout to Ron, Anna, Andrew, Ariana and Mary). If you read Part I then you’ll see I covered a lot of the more recognisable locations from the show – Walt’s house, Los Pollos Hermanos, etc. Here are some more BrBa places snapped between May 2014 and August 2018.

On my first day in ABQ back in May 2014 my tour guide for the day was Miguel, who ran down a list of places he thought I’d like to see, then suggested grabbing lunch at Java Joe’s (Tuco’s place) and then heading out to To’hajiilee. I just about held it together.

To’hajiilee is out in Navajo country, it’s the site of the first cook, the incredible Rian Johnson episode ‘Ozymandias’, and the spot where Walt buried his barrels of money. Despite the GPS co-ordinates in the show, the creators didn’t want money-hungry people digging up sacred reservation land so the co-ordinates will actually lead you to Albuquerque’s Q studios, where a lot of the interior scenes were filmed.

I came here again in 2016 with my friend Ron and the clouds were just right – it’s a very peaceful and alien landscape and the colours of the rock and ground jump out at you.

Everyone in town knew The Dog House before it appeared in the show, and it was nice to see it pop up again in El Camino. Inside it’s what you’d expect – cheap and not at all fancy, but they must have something special because this place has been open for years.

I loved stopping here – the sign is exactly the same as it is in the show; all the New Hampshire scenes were filmed in New Mexico.

Sadly this location doesn’t exist any more. It’s the Denny’s where Walt arranges his breakfast bacon in a ’52’ and we see he’s living under an alias with a New Hampshire ID. This one was right here in Albuquerque but was closed down not long after I visited.

The building used as Saul’s Office is now a bar. Luckily the lettering was still on the door but there was no sign of the big inflatable wobbly man on the rooftop. Jimmy McGill’s office is another story – and another post.

This was another surprise – and a cool spot to visit. It wasn’t there for long after the show finished but it was recreated for the recent El Camino movie. The buildings you can see through the fence are part of Jack Welker’s compound for him and his white supremacist buddies – where Jesse was chained up at the mercy of Todd. 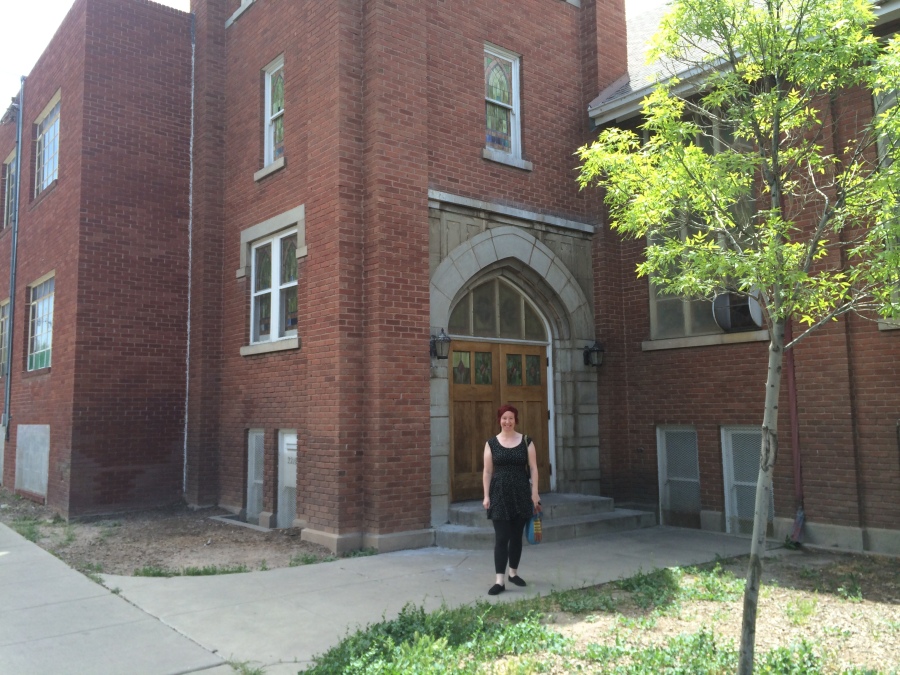 This church in Albuquerque is where Jesse attended his meetings. On the day we stopped by there was a meeting being set up – chairs in a circle, people milling about – but we quickly left them to it.

I’ll round off this post by sharing some photos of some of the actors I’ve been lucky enough to meet over the years.

While going through all my New Mexico photos I’ve sorted out my Better Call Saul locations shots too, so a post with all those pics will be up soon…